The Logo for the National Trust of Zimbabwe consists of several elements – including a coat of arms, a crest, a banner, the date of establishment and our name.  Some of these elements are used interchangeably, as the usage dictates.  The Logo has been carried forward and updated from our predecessor, the National Trust of Rhodesia.

The original legend for the design of the Logo explains the various elements: 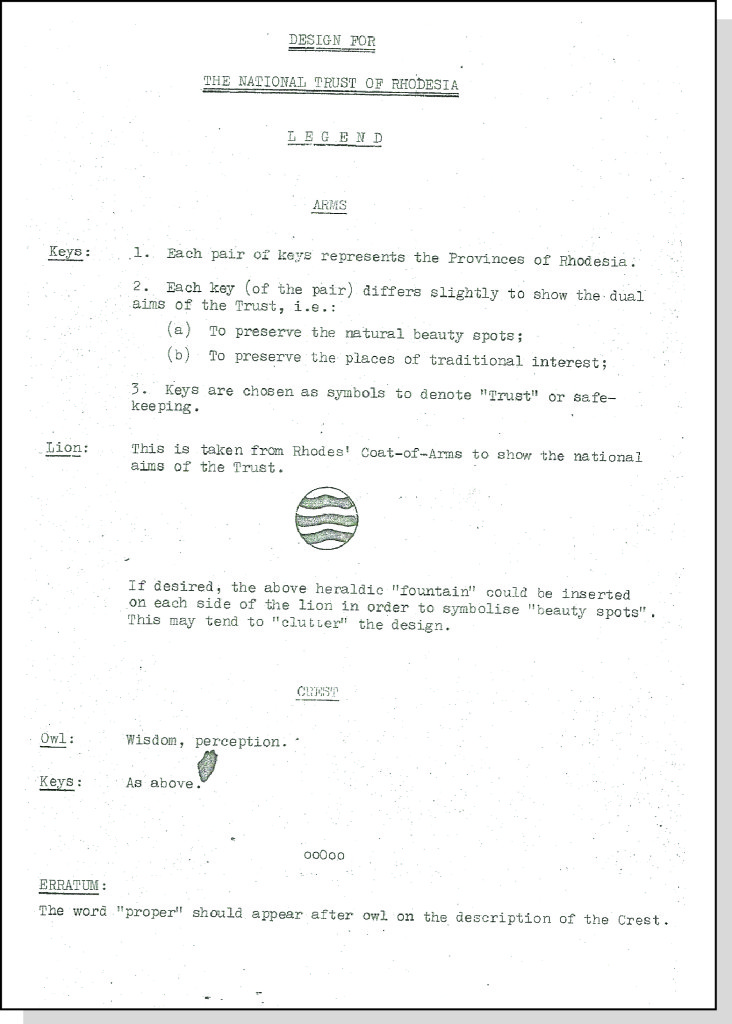 In heraldic terms, the coat of arms and crest are described as:

Some of the elements of the NTZ logo are based on Rhodes coat of arms.