A Memorial Exhibition of the lifelong work of Mr Darrel Charles Herbert Plowes organized by National Museums and Monuments Zimbabwe (NMMZ) in association with the National Gallery of Zimbabwe in Mutare, Zimbabwe, was opened on 19th October 2017, it will run until Christmas.

The exhibition showcases and celebrates Darrel as a person and as a plant collector, orchid specialist, author, scientific researcher, photographer, ornithologist and butterfly collector. The display covers his public and community service work as a Museum Society member, a NMMZ Board member, Cactus and Succulent Society member and long serving, very active and dedicated member of the National Trust of Zimbabwe. Some of his personal items are on display such as his cameras and natural collections. 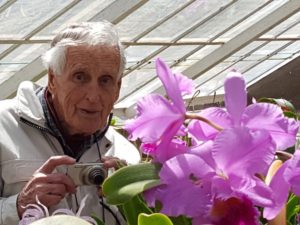 Darrel in the orchid house at La Rochelle

Invited guests were welcomed to the Mutare Museum by Dr. P. Mupira (below), the Regional Director for National Museums and Monuments of Zimbabwe, Eastern Region. The National Trust of Zimbabwe (The Trust) was represented by The Council Chairman David Scott and his wife Shirley and Edone-Ann Logan, the Chairperson of the Rhodes Nyanga Historical Exhibition and her husband Aubrey and Mrs Nina Bauer, Membership Secretary. 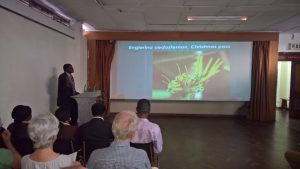 Mr James Becker (ex-Trust Chair Mutare Committee below) delivered an excellent Homily in Honour of Darrel in which he mentioned that he had the good fortune to have worked closely with both Darrel and his companion Nina Bauer, on the Mutare Trust Committee, responsible for La Rochelle, Fort Gomo and Murahwa’s Hill. They were both honoured with Life Membership, for their amazing effort and contribution to the Trust. Mr Becker gave an interesting historical account of Darrel’s life. 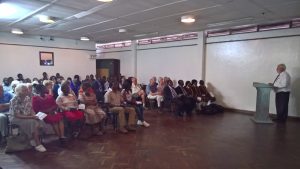 In 1943–1945 Darrel saw active service in latter part of WWII, with the South African, 9th Division, in Italy. After the war, Prof John Phillips from the University of the Witwatersrand in South Africa canvased Darrel into joining the University on a special Agri-Science course and thus started his career in the Department of Agriculture. In 1949–56 he was posted as Research Officer to Matopos and Nyamandlovu. During the period 1956–82 he was posted to Manicaland, where he rose to the TOP post of Provincial Agricultural Officer. Then in 1982 – 1995 Darrel travelled extensively due to his, second wife’s postings in the USA foreign service, namely Botswana, Sudan, Washington DC, and Chad. Finally in 1995 – 2016 his love of Mutare drew him back here, where he lived to the end.

Darrel’s passion new no bounds, as he had such an amazing interest is so many areas from photography, to plants, insects, birds, minerals etc. Darrel won a photography award for his filming of the Black Eagle at Murahwa’s Hill. He also has the distinction of having many species named after him. His input to this fine museum was enormous, and leaves a fitting legacy to his incredible contribution.

Darrel’s sense of what is RIGHT, FAIR & JUST, coupled with his quiet determined manner, were attributes that were admired by many. He certainly earned their respect and was acknowledged as an authority in so many fields. He was considered a “FINE GENTLEMAN” in every sense of the word, by many who came to know him. 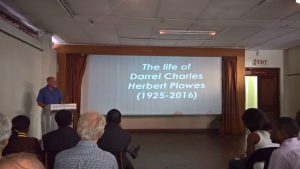 Mr John Meikle (above) then spoke about Darrel and his public service work. Darrel dedicated himself fully to causes he passionately believed in (mainly in the Environmental and Heritage arena)! Darrel was an authority in so many diverse subjects/areas, leaving his mark and name on so many species of fauna and flora etc. His interests were very varied which gave him an amazing knowledge in so many different areas. 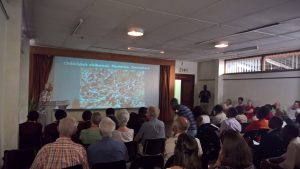 Mrs Nina Bauer (above) then and spoke very emotionally about the time she spent with Darrel and shared  Darrel’s final request and word of advice to everyone surviving him: 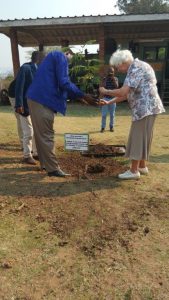 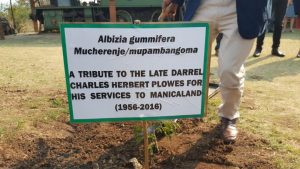 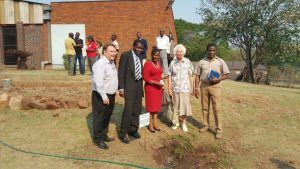 Immediately after the tribute speeches a tree planting ceremony took place in the Museum garden, in honour of Darrel. Nina conducted the ceremony. 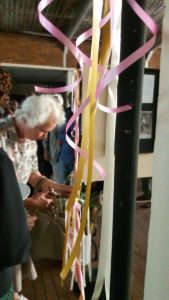 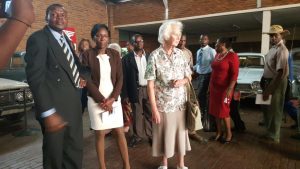 The exhibition, inside the Museum, was officially opened by Nina cutting the ribbon (above) and then declared open by Ms Muusha (who helped create the exhibition) and who gave a vote of thanks on behalf of the National Gallery. The guests then toured the very interesting tribute exhibition displaying Darrel’s first camera, personal life pictures and his work on fauna and flora, some with his handwritten notes. 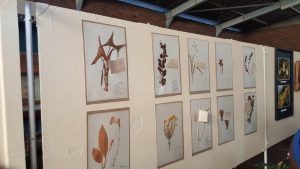 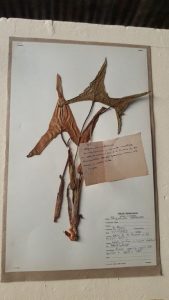 Darrel was an invaluable friend of the Trust for a many, many years and a great source of information and of assistance through his long friendship with Sir Stephen and Lady Virginia Courtauld of La Rochelle when he worked with them on many projects in the early years of La Rochelle.  His knowledge of the property was a great help to the Trust during the recent refurbishment program and we will be eternally grateful for his precious input over the years. A granite plaque acknowledging Darrel’s contribution is being placed by the Trust at La Rochelle where Darrel had spent so much time and where he had been such an influence.

Darrel’s long career before retirement was in agriculture, natural resource management and extension where his contributions were substantial. His extensive interests covered an incredibly wide range of subjects in the fields of natural history, agronomy, entomology, botany and ornithology, to name just a few. The Trust was truly honoured and fortunate to have as an active member, one of the greatest all-round naturalists of Zimbabwe.