The Rhodes Nyanga Historical Exhibition (RNHE) was buzzing with excitement early on Sunday 15th April; guests started arriving at 9 am to attend the award ceremony and view the wonderful and informative Museum Exhibits.

As part of the global family of National Trusts (INTO), the National Trust of Zimbabwe (NTZ) participated in a competition entitled ‘Heritage  Education: youth linking minds across the continent’ which was aimed at creating spaces for intercultural learning from various parts of Africa.  Students were invited to submit a short, original video clip showing the world their unique heritage.

The competition was organised in Zimbabwe by the SOLON Foundation represented by Mr Willie Dhlandhlara and RNHE in collaboration with the NTZ and INTO. The response to the competition call was very good with 33 entries submitted.

Mrs Merle Moore (Vice chairman) opened the proceedings by welcoming everyone to the event. 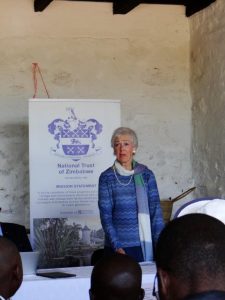 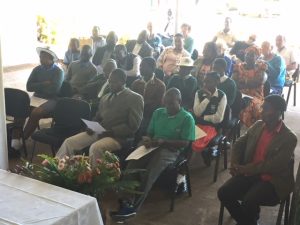 Mr Dhlandhlara then gave an introduction about Solon’s participation and about the importance of cultural heritage education.  He praised the schools for the content of their videos which he then proceeded to screen the top six winning entries. 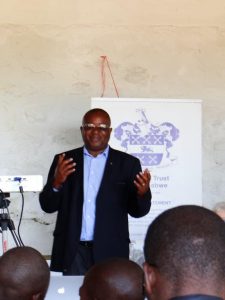 Mr David Scott the Chairman of the NTZ then gave a keynote speech about the Trust’s involvement in the competition, its background and acknowledged everyone who had been involved in executing the successful competition. He personally thanked Mrs Edone Ann Logan, Chair RNHE for her dedication to the project. 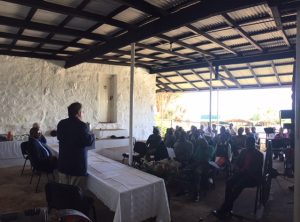 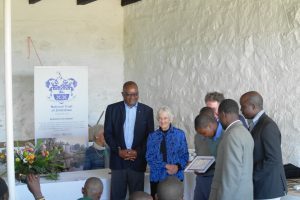 Second prize was awarded to Nyatete Heritage Club for their ‘The Secret of Nyatete Bush’ video. 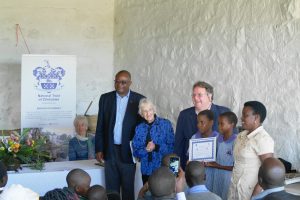 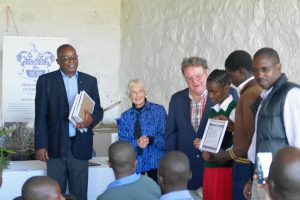 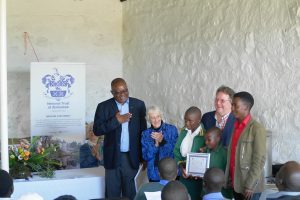 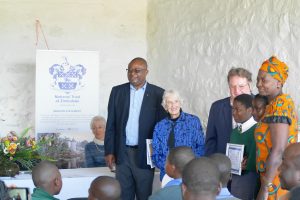 Mr Willie Dhlandhlara generously donated three books that were presented by Sharon Waterworth to students eager to receive them. 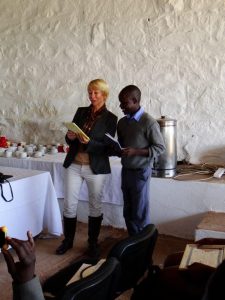 Students and teachers were treated to a super lunch courtesy of Mr W. Dhlandhlara who also provided transport as well.

A big thank you goes to the team at RNHE for organising the award ceremony and thanks also to Shirley Scott, Lin Goncalves, Jean Goncalves and Sharon Waterworth for taking and supplying the photographs.

Everyone present at the event was very proud of our young students!  The NTZ would like to thank everyone for participating in such an exciting and interesting competition that highlighted the fascinating and rich heritage of Africa. 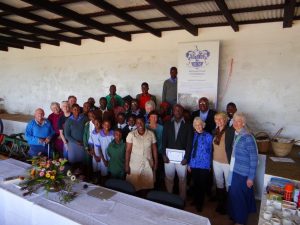