Murahwa’s Hill is a prominent landmark 3 km to the North West of Mutare and it has a unique combination of cultural heritage and indigenous flora and fauna. It was named after a local Headman Madekurahwa under Chief Mutasa who lived at the foot of the hill from around the second half of the 19th century before relocating further south in the Save Valley. Traditionally it was protected in the past as a place of spirits.

The Hill has an indication of early occupation by the indigenous peoples of Manicaland. Archaeological evidence is observable in a number of places.  As one ascends the hill from the south on the western side there are rock shelters with traces of rock paintings as well as potsherds on the shelter floors. A cave with well-preserved mud plastered lath granary is found on the slopes west of the summit. 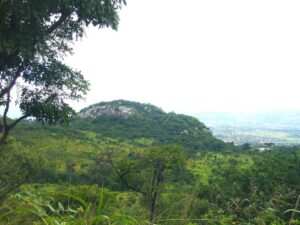 Murawha’s Hill with the city of Mutare in the background

The site was acquired by the Trust in 1963 and the wire fencing and National Trust signage was destroyed and in recent years the site became a target for illegal wood cutting and settlement. The protection of its valuable resources has been of huge concern to the Trust. The development of the site has been hampered by a lack of funds and a local committee to drive the project.

The Trust is delighted to announce the formation of a new local committee, Chaired by Eng. Jackson Njunga, in October 2021 with whom we are very much looking forward to working with to achieve the Trusts aims which are: to have a presence at the site, to research into activities that will lead to the financial sustainability of the site and to see how the local community can be involved and supported.

After a record-breaking Christmas season Gill Honeyman, Chair of Worlds View site, said that they were in a good financial position to be able to assist some of the building works planned for the Hill. Her drive and energy kick started the project and work begun in earnest at the site. Following Gills initial donation Edone Ann Logan successfully managed to fundrise further funds from generous members of the History Society which the Trust is extremely grateful for.

The first works consist of a building a new driveway and a stone wall starting from the old gate stretching along to the corner boundary with the Mutare Show Grounds. The new committee agreed on the size/height of the wall and also the quality of design for the wall in order to attract visitors to the site. 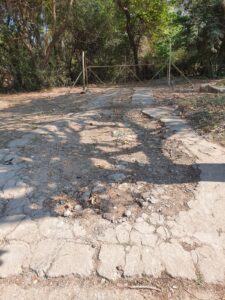 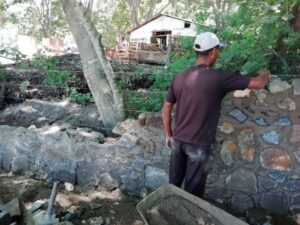 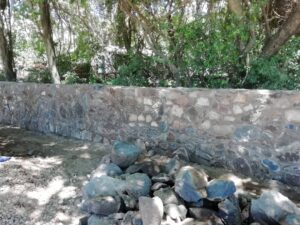 Groundwork continues at the entrance where a lot of clearing and tidying up of the bank along the roadside has already taken place. 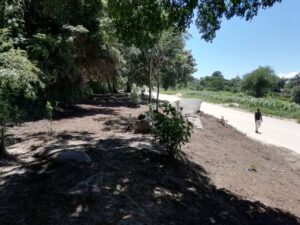 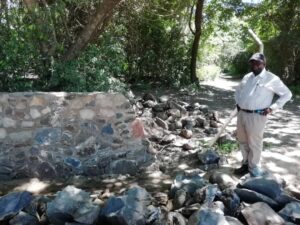 The second works will be to complete the whole frontage of the boundary line. The new wall will assist in both declaring and protecting the site.

Gill Honeyman very generously donated masses of brightly coloured Aloes that she had propagated to plant and grace the new entrance. 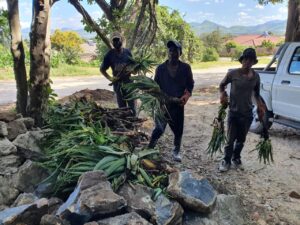 Needless to say Murahwah’s Hill, after a long time in hibernation, has awoken and it has a bright future.

This is an important place and is respected for the wealth of history it holds.  The Trust owes it to their memory to protect it and respect it as they would appreciate it.