Announcing the Winners of the Schools Cultural Heritage Competition

Ms Emily Drani, Executive Director and Mr John De Coninck, Programme Advisor from the Cross-Cultural Foundation of Uganda (CCFU) developed a concept for a project reflecting their conviction that we must focus much of our work on the youth and a desire to share the lessons they have learned from their work to support “Heritage Clubs” in (now over 100) Ugandan secondary schools in the past few years. In 2017 their conviction led to the creation of a schools heritage club completion being held in three African countries.

“The idea behind the heritage competition is to ensure that young people from Zimbabwe, Sierra Leone and Uganda develop a better appreciation of the diverse heritage across the continent and become more effective in its preservation, through an electronic platform/ learning network related to heritage conservation and to strengthen the skills of our organisations in delivering more effective Heritage Education programmes for youth in a globalised, but diverse world.”

Following this idea, the International National Trust Organisation (INTO) launched their first ever crowd funding campaign to raise competition funding from as many donors as possible in five weeks.  The threshold goal of £2,500 was successfully reached with the assistance of Global Giving. The NTZ would especially like to thank Mrs Catherine Leonard, Secretary General of INTO, who championed the campaign that also resulted in INTO earning a place in the Global Giving crowd funding community. 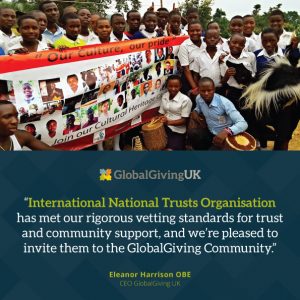 As part of the global family of National Trusts (INTO), the National Trust of Zimbabwe (NTZ) participated in the competition entitled ‘Heritage education: youth linking minds across the continent’ which was aimed at creating spaces for intercultural learning from various parts of Africa.  Students (under the age of 20) were invited to submit a short, original video clip (taken on a cell phone) showing the world their unique heritage by sharing an original experience or activity of their heritage club, which they felt was exciting. The video had to be accompanied by writing (about 250 words) explaining the clip.  Young people from each of the countries selected a winner from another participating country which resulted in three ‘first’ competition winners who each won a cash prize.

In Sierra Leone Ms I Smith Chairperson of the Monuments and Relics Commission and team generously provided technical assistance to the competition. In Zimbabwe the competition was successfully run by Mrs Edone-Ann Logan, Chair of the Rhodes Nyanga Historical Exhibition, and Mr Willie Dhlandhlara of The Solon Foundation who is an expert in the field of education and heritage projects whom provided both technical and financial assistance. Mr Dhlandhlara designed a competition poster and wrote a proposal and presented them to the Heads of Schools in the Nyanga area under the theme ‘I love my Heritage’.

The response was good with 33 entries being submitted. Mrs Logan and Mr Dhlandhlara were delighted with the entries – all covering very different heritage subjects: pottery, traditional courts (2), processing sorghum, roofing of traditional Homes, the sacredness of Nytate Bush, ancient ridges and structures, the importance of cattle and mat making: all of which were extremely well presented. The top eight were shown to a panel of young judges who elected the five best videos and the same process happened in the other two countries.  Each entrant was asked to speak for about five minutes prior to the video being shown and answer questions afterwards.

The competition judges said that they appreciated the following from the entries:

During the course of the competition there were inter-country exchanges of experiences as members of each of the heritage clubs and schools learnt about the other countries culture and heritage which lead to an increased understanding and appreciation of just how important it is to keep it alive.  Solidarity and cultural respect among young people across continents can provide energy and solutions to heritage preservation.

Looking ahead, areas for future improvements were noted in the judging process such as the limited participation of students in some videos, poor sound (caused mainly by being outside in the wind) and image quality (low lighting levels) because it is planned to make the competition an annual event.

The top two videos selected from Sierra Leone were: 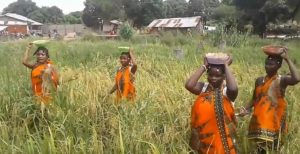 ‘Song and dance for planting: With Agriculture, Food

The top two videos selected from Uganda were: 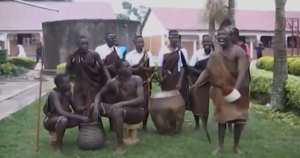 ‘Ekizino’ a Ceremonial Dance Performed After a Successful

Harvest or Victory in Western Uganda 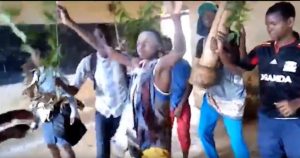 The top two videos selected from Zimbabwe were: 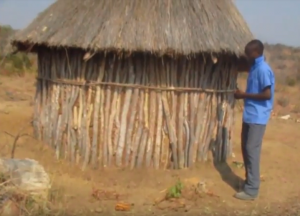 The competition was made possible with the generous help and support of INTO and its members: CCFU and the NTZ. Ms I Smith Chairperson of the Monuments and Relics Commission in Sierra Leone and team and Mr W Dhlandhlara of The Solon Foundation in Zimbabwe.

The NTZ would like to thank all the heritage clubs for participating in such an exciting and interesting competition and would like to say ‘Makorokoto’ (congratulations) to all the winners.  It was heartening to see a good gender balance and for young people to share their culture to enable others to discover and experience it. Every student should be very proud of their work and the fact that they certainly helped to make a difference to the future of African heritage!

Why not take a few minutes to learn about the fascinating cultural heritage of Sierra Leone, Uganda and Zimbabwe! You can watch the short video clips that have kindly been posted by Mr Bill Turner of INTO on YouTube.  Here are the links:

St Edwards Cultural Club, The Death of a Chief: https://youtu.be/z0VrzyDwYx0

Nyamhuka Primary School, Importance of Cattle in a Family: https://youtu.be/tCGu3DWnJW4